Wiccan Gods and Goddesses: The Lowdown 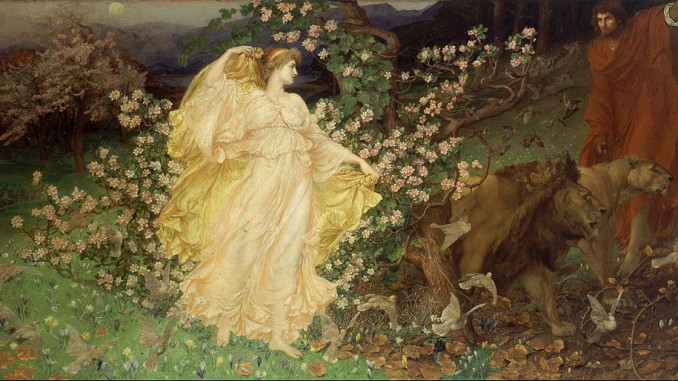 Working with Masculine and Feminine Energies

I think it’s pretty fair to say that throughout life, wherever there is a feminine aspect there will be a masculine aspect that perfectly aligns itself to the feminine, and the combination of both the masculine and feminine elements always creates something that seems to be even more complete, balanced and powerful than each separate part was in its own entity.

And when you stop and think about that, you are reminded of how magical and impressive creation is are in that it knows to repeatedly create this combination of two smaller complete elements into a fully balanced, powerful and whole concept.

So I think we can take this concept from nature, that whilst we are indeed perfect as a feminine, or masculine element in our own rights, we become rather magnificent when the two are combined.

We create a force that multiplies, balances and enhances our energy to the point of creation and since creation is the basis of everything, that’s pretty powerful!

In fact, you can see this balance of energy in action when casting spells – the creation, intuition, and internal visualisations are all feminine aspects; but when you are taking action and lighting those candles, chanting those words, and sending the energy out, you are working with the masculine.

We can enhance the use of the masculine and feminine elements in our Wiccan practice by worshipping, or relating to both a God (masculine) and Goddess (feminine). We can work with them individually, or together and when we do that there’s a variety of experiences we can achieve through this practice.

For example; do you spend a lot of time imagining and meditating but not enough in executing? Then it’s time to call in your God.  If you spend too much time running around, and not enough in reflection then the Goddess energy will be useful.  Do you want to start, or finish a project in a balanced way, work powerful magic, or stay balanced? Then work with both elements and watch the magic happen.

The Triple Goddess and the Horned God

The most popular, or commonly known God and Goddess in Wiccan practice is The Triple Goddess and The Horned God.

“The Triple Goddess is recognized and honored as a triadic deity consisting of three aspects: The Maiden, Mother and Crone. Each of them represent the energy of the major stages in a woman’s life, and correspond to the three phases of the moon; Waxing for the Maiden, Full for the Mother, and Waning for the Crone”.

Her three phases represent the feminine cycles, the moon’s cycles, and also the cycle of creativity.

The Horned God’s energy is quite different, and grounded in the earth as opposed to the connection with the moon:

“The Horned God has a more grounded, arcane, practical energy as opposed to the bewitching, surreal energy of the Triple Goddess. Perhaps Cernunnos’ energy isn’t so appealing to us unconsciously because it deals with death, and some of the harsh, uncomfortable realities of life”.

Which Other Gods and Goddesses do Wiccans Worship?

It’s common practice for Gods and Goddesses to be worshipped in Wiccan practice, for there are plenty of ancient pagan pantheons to choose from relating to different eras, cultures and traditions.

How you choose the Gods and Goddesses that you’d like to work with is entirely down to you and how you connect with them.

You may wish to work through a number of them until you find the Gods and Goddesses that appeal, or resonate with you or you might seek out a God or Goddess who is known for a certain trait that you are trying to bring in.

However, once you have found some Gods and Goddesses that you’d like to work with, it’s beneficial to take the time to get to know them, just as if you are getting to know a new friend, as this enhances your understanding of them- and brings you closer to their energy.

Gods and Goddesses in Pagan Pantheons

Here is a list of some of the Gods and Goddesses in the Celtic, Norse, Egyptian, Greek, Vodou and Hindu pantheons to get you started:

Cronus – A leader, who at his best is powerful and direct; at his worst cruel and tempestuous.

Zeus – King of gods, God of the skies and of justice.

Poseidon – God of seas and oceans, creator of calm seas, respite to sailors and a lover of all sexes.  At his worst Poseidon is known to cause earthquakes with his anger – he’s a passionate God!

Athena – Goddess of wisdom, intellect and education, Athena is competitive and the patron Goddess of teachers.

Rhea – Considered a Mother of Gods, the matriarch who is connected to the earth.

Hera – Goddess of the skies, particularly at night. She is the patron Goddess of marriage – she is passionate and just, and does not tolerate cheating in relationships. 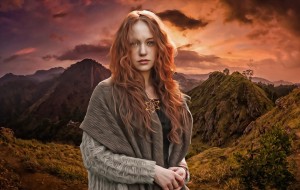 Angus – The God of love and beauty, Angus is musical and bewitching.

Belenos – The God of light, health, and healing, who is celebrated on the Sabbath of Beltane.

Ceridwen –  Goddess of the Spring, inspiration and magic, and of corn and grain.  She is transformational and a great magician.

Danu – The Earth Goddess, who is said to be everywhere. Danu inspires love, music and creativity.

Morrigan – The Goddess of death, war, fate and fertility. She gives warriors strength and is a symbol of female empowerment. 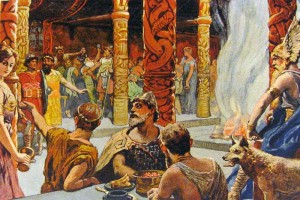 Odin – King of all gods and the most powerful.  Odin is a war god, a witch and a great practitioner of Shamanism. He invented the runes.

Tyr – A God who is known for his bravery, intelligence, justice and council.

Baldur – The God of sun and beauty, Baldur is pure, innocent and a great warrior.

Frigg – Goddess of love, marriage and fertility, and Odin’s Wife.  She holds sacred knowledge of the destiny of all living beings and is said to weave their fates.

Freya – A love and sex Goddess who is irresistible to anyone she desires, and also a Goddess of magic and divination.  Call upon her for guidance and help with magic, to connect to the faerie realms and for help with attraction. 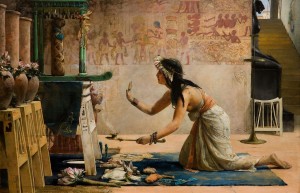 Ra – God of the sun, earth and underworld, he is powerful and protective.

Anubis – God of the dead who leads people to the underworld and is connected to justice and wisdom.

Thoth – The God of wisdom who invented writing and hieroglyphs, and keeps records and records everything that happens. He is great to call on for memory spells!

Tawaret – Goddess of childbirth who protects women in labour. People wear her image as an amulet to protect them and their children.

Ma’at – Goddess of honour, justice, truth and wisdom, and the Wife of Thoth.  Together with Thoth, she helps mete out justice in the underworld.

Hathor – Goddess of joy, love and motherhood, the most beloved Goddess in Egypt and mother to the pharaohs. 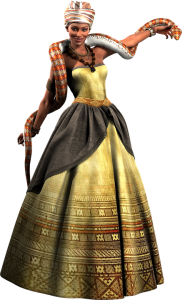 Loco – God of the wild, vegetation and all its gifts – from healing to death.

Zaka – The friendliest of the gods,who rules over agriculture and harvest.

Kalfu – The Moon God, ruler of the night, sorcery and black magic.

Erzulie – Goddess of love, beauty and passion. She has three husbands, adores lavishness and luxury but is saddened by broken hearts.

Ayida – Goddess of the rainbow, white is her colour. She is also a fertility goddess.

Marinette – Patron deity of liberation and slavery, she can free you or keep you in bondage. 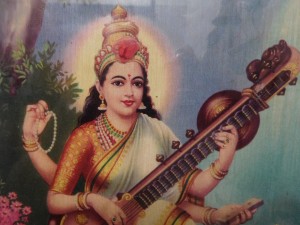 Ganesh – God of wisdom, and remover of all obstacles.

Subramanyah –  The God of war who is youthful, strong and ethical.

Hanuman – Symbolises self control, faith and service to cause. Hanuman reminds you not to judge a book by its cover.

Radha – Symbolises the longing for spirituality and divine and inspires the performance arts.

Michelle Marshall is a multi-passionate writer, entrepreneur, life-coach and tarot reader. Her work focuses upon personal empowerment, and how to fulfil our soul’s needs, whilst living in a challenging and un-natural climate.  Readings, information and empowerment can be found at www.earthandwonder.com.