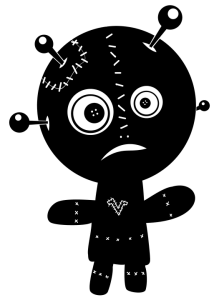 An it harm none, do what ye will – The Ethics of Magic

As a practising Wiccan or a beginner starting their journey, the question of the ethics and morals of casting spells is something you are likely to have considered. Practising magic can be a big part of being a Wiccan, yet there are many arguments about which spells should and shouldn’t be used. Here I will discuss the difference between black and white magic, and the morals and ethics of casting spells.

Black magic is white magic’s malicious counterpart. It is seen as magic used for selfish or evil purposes. Spells such as those to achieve immortality, to raise the dead or to manipulate or hurt others. In popular media, an association is seen between black magic, voodoo and satanism. Some people use the term black magic to describe any magic they don’t morally agree with.

You can think of magic in terms of energy. White magic gives energy to systems in order to uplift them. You are creating energy in order to transform to a higher level of consciousness. People who use white magic are happy people, or those seeking happiness.

Black magic on the other hand takes energy away. It can be seen as the magic of those who are negative or unhappy. It is taking energy and using it to create chaos, disruption or destruction.

It is normal to sometimes feel unhappy and negative. Perhaps you have had a horrible boss who makes your life miserable, or your partner has broken up with you. It is at times like this that black magic may seem most alluring. This is actually the time that you should turn to white magic. By giving out positive energy in the form of a white magic spell, you will work towards receiving positive energy back. White Magic is an upward spiral. The more positivity you put out, the more you shall receive back.

The Rule of Three

The idea of positive and negative energy in magic brings me on to the rule of three. The rule of three states that whatever energy you put into the world (positive or negative) will return to you three-fold. Some wiccans see this as symbolic rather than literal. Some refer to this instead as karma, but karma is more an ideal of eastern philosophy and does not operate a three-fold return.

“An it harm none, do what ye will”

The Wiccan Rede is a statement that details the key moral system of Wicca. The word rede meant advice or counsel in old English. There are many slight variants on the rede. The last eight words ‘An it harm none, do what ye will’ is the most well known part, and thought by many as the only rule of Wicca; as long as you are not harming anyone, do as you wish. However when practicing magic and casting spells, is following this one simple ‘rule’ enough to define your morals?

You only need to look on the internet, or in a mainstream spirituality magazine to see the many examples of love spells people have written. Love spells are popular, but are they ethical? Is it a black magic – as you are trying to manipulate someone? Are you trying to change someones views and manipulate their freedom? Or are you practicing a White magic as you are encouraging love?

The same moral questions can be asked about spells of revenge. Do you have a right to direct their negative energy back to them, or are you better to forgive than seek revenge?

When thinking about spells you wish to cast, you may wish to think about the Wiccan Rede. Is your spell harming anyone? This includes harming yourself. If you are thinking about casting a revenge spell you can also consider the rule of three. How would you feel if the energy you sent out in a revenge spell returned to you three times over?

This is only a very brief insight into the kind of questions you will need to ask yourself before you cast a spell. You are following your own spiritual journey, and what is right for one will not be right for another. If you are a solitary Wiccan, read a few books that touch on the ethics of spells to help you make your choices. If you are part of a coven then they will usually have their own set of rules for how they practice. On that note , if you are thinking of joining a coven make sure you ask them about their philosophy and views on spells.

Good luck with your spiritual journey and finding your own path.