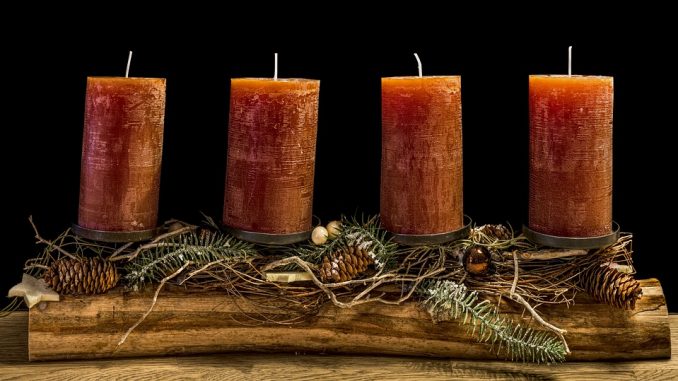 Christmas is a holiday which people would associate with many things before thinking of Paganism. Some people think of it as a time to spend with their family- eating Christmas dinner, playing charades and wearing party hats. Others associate it with the stress of Christmas shopping, or the gossip from the office Christmas party. As a religious holiday many associate it with Christianity, going to Church and celebrating the birth of Jesus.

However Christmas is a holiday that is celebrated at the same time as the Pagan Yule. Yule is one of the eight Sabbats of the year. It is when the Winter Solstice is celebrated and the midpoint of Winter when the earth is tilted with the North pole its furthest from the sun. The Winter Solstice occurs between the 20th and 23rd December each year and is the longest night of the year.

Yule started as a Pagan holiday and a celebration of light. The Pagan holiday was celebrated long before Christianity and Christmas.

Holly is a symbol used as a festive decoration at Christmas time and its picture is used on Christmas cards. The symbol of Holly is in fact very old. During the Roman holiday Saturnalia, boughs of Holly were traditionally given as gifts.

If you say ‘yule log’ to most people they will immediately think of a yummy Christmas dessert with chocolate icing. As great as this type of Yule Log is, the tradition of the Yule Log also has a much more spiritual meaning.

A Yule log is an important Wiccan and Pagan symbol and also an integral Yule decoration. Traditionally a log from an oak tree would be gifted to you. This log would then be decorated, doused with ale, dusted with flour and ceremonially lit using last year’s log.

The Yule log symbolises the reborn son, the light conquering the darkness, and the Oak King conquering the Holly King. You can read here more about performing a Yule Log Ritual as part of your Yule celebrations.

Whilst not many people have a Yule log in their home each winter, many people have a Christmas Tree. However Christmas trees were not a tradition until the Victorian times. For Pagans evergreens are seen as a sign of hope that Summer will return. In Ancient Egypt they used to bring evergreen branches into their house during Winter festivals.

As well as the important symbolism of Holly, mistletoe is another symbol that has been used before Christians. Mistletoe is a druidic symbol of peace and joy. It was also believed to protect you from bad weather. In Norse mythology the practise of kissing under the mistletoe was to celebrate love and friendship.

Bells now are associated with the Church. However bells were traditionally rung to drive away demons. They were also rung in the mornings to chase away the dark days and welcome in the brighter days after the Solstice. 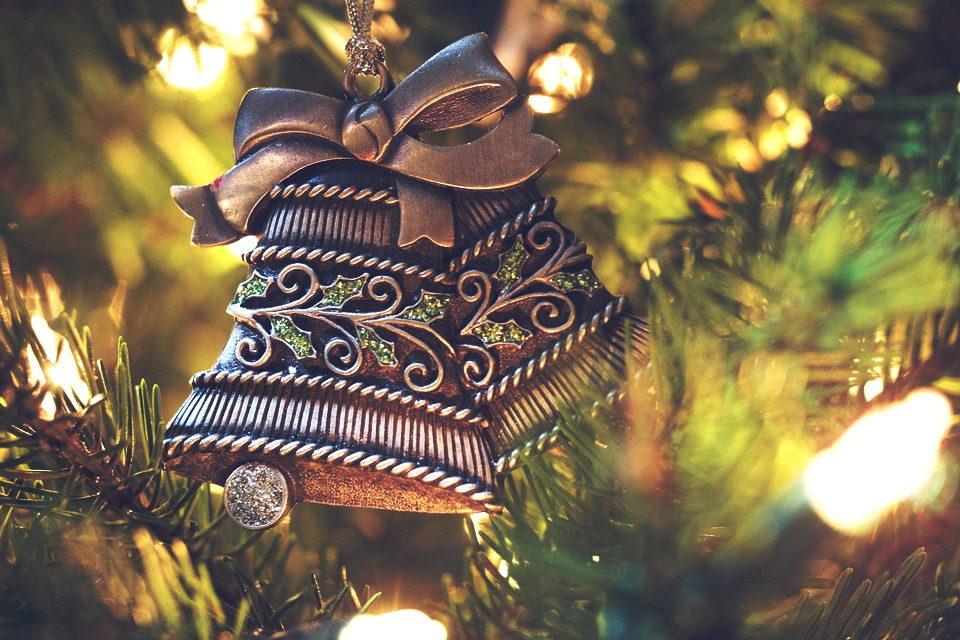 Singing Carols doesn’t have to mean just hymns. Many years ago, Pagans sung Carols at Winter Solstice. They would also dance around a stone circle. Now there are Wiccan and Pagan singers and musicians who have created songs celebrating the Winter Solstice and the Yule season.

Hanging ornaments can be traced back to the Roman holiday of Saturnalia, where Romans would hang metal decorations on trees. These decorations would typically represent a God or their family deity. Traditional Pagan decorations include garlands of pine and dried fruits, wreaths, incense, candles and bells.

Traditionally we think of the Christmas Dinner as being key to the festive season. In the past, the Winter Solstice would have a focus on celebrating the foods which were stored and could be eaten over Winter. At the Winter Solstice people would enjoy nuts, seeds, dried fruit and seasonal vegetables.

Candles are popular decorations throughout the Christmas period. They are also used as centre pieces for many people tables. Pagans use them throughout Winter Solstice as a symbol of the light of spring which soon will come. There is also a Yule tradition of lighting a candle on Christmas Eve and letting it burn until morning.

Giving presents, and the stress of shopping for them, is now an integral part of modern Christmas celebrations. However the tradition of Christmas presents dates back to Roman times with them giving presents at Saturnalia. If you are not a Pagan or Wiccan yourself and are planning on getting a gift for someone who is, traditional Pagan Christmas gifts include candles, Yule themed ornaments, Herbs, essential oils or incense.

These are just a few of the Christmas symbols and traditions which have Pagan origins and I’m sure there are many more. If you wish to discover more about Yule why not learn how to celebrate Yule? Or why not throw a Pagan Christmas Party to celebrate the Winter Solstice with family and friends.