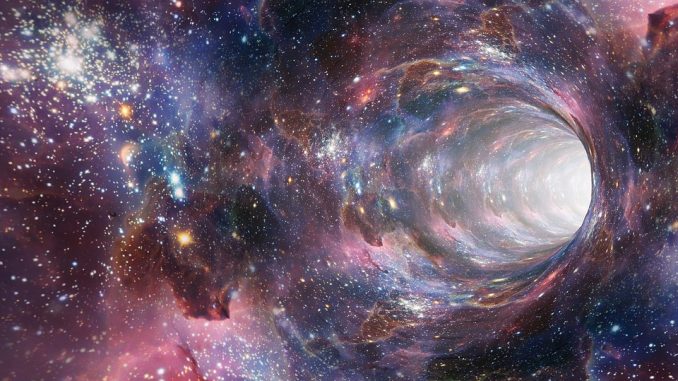 Before we can delve into the practical side of reality manifestation, it’s important that we have a basic understanding of what reality is. Reality, in essence, is a shared dream being manifested by all who share it. Linear time, i.e that we start at one end/the present and move to the next/the future is an illusion. All possibilities exist simultaneously.

To use the analogy of a river, time is not a current which moves around us, but rather it’s our consciousness which moves through the various timelines and experiences. All things physical, all possibilities have already manifested and exist within a static hologram. The symbology of the World Tree used in so many cultures and even the mystical Kabbalah are apt metaphors to understand reality.

The branches represent the paths which free will allow us to take through these possibilities, which particular experiences we have and the paths which we take to learn the necessary lessons.
To quote the often used but very effective maxim, ‘as above, so below’. This accurately demonstrates how on a fundamental level all things are connected. For the purpose of this article, it’s used to illustrate how our inner world, our thoughts/feelings affect our physical external reality.

At the same time, it’s also crucial that we strive to develop a tenacious positive mindset. As an example, let us say you are running late for work and suddenly you realize that one of your wheels are flat mid-transit. To make matters worse you forgot the spare tire in your garage. By remaining positive there’s a good chance you’ll attract the reality where premature roadworks mean a close friend has to change their usual driving route. This same friend spots you, happens to have their spare tire and they assist you with changing yours, getting you back on track for your day. Again, it’s not easy but like any skill, with time and practice, it becomes easier.

I’d like to say you can will yourself the ability to fly or move mountains, and yes at some point this might not be that far-fetched but we must exercise wisdom when it comes to the practice of bending reality. There are certain safeguards in place, understanding these can make what can seem like an impossible task, a more attainable one. So what are the limits that might stop us? Let’s take a look:

These are self-imposed limits that only exist in your mind. Examples of these are personal insecurities, false beliefs about your intellectual or physical capabilities and subconscious programming.

These exist within the boundaries of your current standing on the spiritual evolutionary ladder. They are feats you’re not capable of yet such as telepathy or moving objects with your mind, because you are not evolved to a place where you can do them. Overcoming these limits, therefore, require you to spiritually evolve through various lessons set out by your higher self prior to your present incarnation. This must be done through active awareness and knowledge.

These are limits placed on you by higher spiritually evolved being than yourself. These could even be aspects of your own consciousness such as your higher self. These limits can be thought of as handicaps or figurative training wheels. They’re placed upon you to exist in this reality and learn necessary lessons.

To truly utilize genuine reality creation we must be aware of a lesson trying to be learned, as mere positive thinking can be detrimental to your spiritual evolution. This isn’t to say that you shouldn’t try to stay in a positive mindset as much as possible but we should incorporate wisdom and not ignore the warning signs that a lesson is trying to teach us by visualizing or meditating it away. Both of these things are invaluable tools but they must be utilized to facilitate the understanding and learning of a lesson.

How can reality manifestation be used?

Okay, let’s get to the good stuff now that we’ve covered so much theory. There are many techniques to facilitate reality creation but one that I’ve found to be the most effective for me is the following:

You will be assisted if it is not detrimental to your evolutionary path. At the same time we cannot visualize our ideal reality and presto it’s there. Because our desired reality aligns with our own via synchronicities, it’s important that we do the legwork on a mundane level too. If you’re unemployed perform the above but at the same time go for those interviews, check online for places of interest as they will often post their vacancies and ensure that you c.v is the best that it can be.

I hope this sees you manifesting your desires and creating the life of abundance and happiness which you deserve.

Kurt Paulsen is a 29 year old writer from Cape Town, South Africa. His been practicing electic witchcraft for over a decade now and a vehement researcher off all things metaphysical and occult related.
When Kurt is not busy hacking away at his keyboard, he can be found gaming, reading fiction and non-fiction and hanging out with his dog Blue.
If you’d like to know more about him you can head over to his blog at www.santaclaritawoke.co.za