There are many misconceptions about what Wicca really is.  This article seeks to clear out some of them, and offer non-practitioners an insight into this modern pagan religion.

Many people, on hearing the words “paganism” or “witchcraft” instantly associate it with darkness, evil, or even devil worship. This is what popular culture has long told people. Pagans and witches are portrayed in movies and on television as evildoers. The portrayal of pagans usually involves sacrificing humans to their gods, or bringing suffering to their victims with the use of spells and black magick. However, we should take note that before the spread of Christianity, almost all civilisations worshipped pagan gods or goddesses. However, after the spread of the Abrahamic religions, the term “Pagan” was used as a derogatory catch-all term for all religions outside of Christianity, Islam, and Judaism. Pagans and witches were persecuted to the point that almost all evidence of pre-Christian religious worship was lost. Thus, Paganism was reduced to a minority religion, where pagan practices once used to be widespread.

In modern days, a lot of movements and groups have been established that seek to uncover the pagan beliefs and practices. Misconceptions and prejudices that people have about paganism and witchcraft are gradually disappearing as more and more people are reverting to natural ways of living and valuing nature. One contemporary Pagan new religious movement that is making a huge growth in terms of popularity is Wicca, also known as Pagan Witchcraft. A British Civil Servant named Gerald Gardner became known as the “Father of Wicca” after introducing this new religion in the 1950s. Since then, Wicca has gained popularity and is starting to gain more followers day by day. Today Wiccans are spread out all over the world. The United States’ constitution has recognised Wicca as a religion, thus its followers can enjoy all the rights and benefits that are being enjoyed by other religious groups.

If you ask an individual Wiccan practitioner why they chose Wicca over other religions, you will probably get varied answers. Reasons vary from person to person. Some might say that they were led to Wicca by curiosity, a connection to nature, or a desire to be the master of their own fate; others might say that they were dissatisfied with their former religion. Some have tried practising other religions in order to find the answers to their question about life and existence, but found that those religions did not answer their questions. Many people find that Wicca is the religion which is most compatible with what they already believe and feel in their souls.

Although Wicca involves witchcraft and pagan worship, it is not anti-Christian, nor is it against any other religious belief. Individual freedom is honoured in Wicca, and this includes the freedom to choose religion. However, many Wiccan beliefs are based on pre-Christian forms of worship that honour the earth, life and divine creation. It is a reconstruction of life before Christianity. Unlike other religions, Wicca recognises no central authority that dictates Wiccans’ conduct or manner of worship. We have traditions, certainly, but those traditions vary widely between groups and individual practitioners. Groups and individuals adhere to the general tenets and values of Wicca. Thie central tenet of Wicca is known as the Wiccan Rede, which states “‘an it harm none, do what ye will”. It is interpreted as the freedom to live your life as you desire, while taking full responsibilities for the consequences of your actions and avoiding harming others.

Wicca can be considered one of the most democratic religions that exists today. It embodies the true spirit of modern, empowered and independent individuals, allowing them to be free in terms of their acts of worship. However, Wiccans must make sure that they do not violate the rights of others and take care not to infringe upon the comfort of anyone else. There is no high priest, no rabbi, and no authority that will punish or condemn a Wiccan for doing something wrong, and no one to try to control the behaviour of Wiccan practitioners. Wicca is about realising the interconnectedness of all that exists, and understanding that our actions towards others will always affect our own lives. 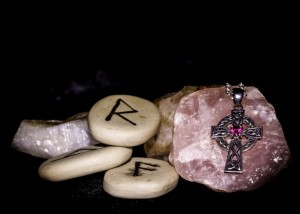 Wiccan practitioners also perform witchcraft or magic. Do not mistake this for the witchcraft that is commonly portrayed in the media, such as in Hollywood films. Wiccans do not use witchcraft to hurt people (as they understand that any negative energy sent out will come back to them). Wiccans use their magic to heal suffering, to bring harmony between people, and provide wisdom. Many Wiccans offer their abilities to help other people, and there are many spiritual Wiccans online to be consulted in times of need.

Wiccan magick is the channeling and raising of energy for a particular purpose. In writing, Wiccan Magick is often spelled with a “k” to distinguish it from illusion and stage magic. Although it is called witchcraft or “the craft”, it is not sorcery. It is a highly spiritual practice, as it involves connecting with nature’s energy. Magick is not something supernatural or out of this world; it is the channeling of the energy around us, using it to positively affect our world.

Wiccans take great responsibility for the possible effect of their magick because of the threefold law in the Wiccan religion. The threefold law states that any energy that is put out by a person, negative or positive, will be returned to them three times as strong. Thus is it important for Wiccans to maintain harmonious relationships with the people around them. Wiccan practitioners must learn how to make their magick safe and beneficial, bearing in mind the threefold rule and knowing the possible consequences of certain requests or spells. They must know that are ramifications of utilising magick to achieve something or obtain certain things. In this regard, this Wiccan belief can be said to be similar to the concept of Karma.