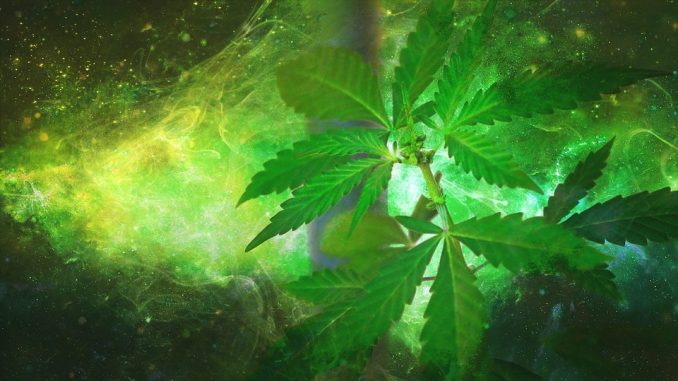 Does ingesting marijuana help your spiritual practice? Well, marijuana has not only been used in religious ceremonies but also has long standing traditions in numerous world faiths. It has been used as a spiritual aid around the world from India to China in the ancient days, extending even to America. Nowadays, marijuana is slowly being legalized state by state, with some of the states legalizing for recreational use while others legalizing for only medical use.

The use of cannabis as a spiritual means to become closer to God dates back from the ancient Chinese who were the first to document the use of the sacred plant. From early Chinese Taoists to modern marijuana worshippers, cannabis holds a sacred spot amongst many religions worldwide.

The father of Chinese medicine, Emperor Shen Nung in his book the Pen Ts’ao Ching, indicates that the ancient Chinese were well aware of the psychoactive properties of cannabis. It was said that Ma Fen (the fruit of hemp) would make you see devils if you overindulged, and further explained that marijuana will help you communicate better with the spirits if you use it for a long time.
Marijuana was set aside for religious officials and was not to be shared with common people. Shamans also used marijuana in together with ginseng to communicate with the future because they believed cannabis had the ability to “set forward” time.

Taoists added marijuana to their incense burners way back in the 1st century AD, and felt that the smoke from this incense was a means for one to reach immortality.

It was said in Hindu texts (Vedas), that marijuana was one of five sacred plants, and that a guardian angel inhabited its leaves. Ancient Hindus believed marijuana was a present from the gods that could help people gain liberation over fear and give them happiness and well-being.

Indians have consumed bhang since ancient times. Cannabis and milk was prepared traditionally by mixing it with other ingredients such as almonds, rosewater, and ghee. This was used over centuries to help reach a deeper spiritual state, and it is still widely used in India to date.

Shiva, the Hindu god frequently associated with cannabis, is also known as “Lord of Bhang.” He discovered marijuana, loved its effects and made it his favorite “food” and was thought to sustain a heavily induced cannabis stupor all the time time. Many a Shiva fan thought that partaking in consumption of cannabis would bring one closer to Lord Shiva himself.

In practice, offerings of cannabis drinks during religious festivals to deity was a common Hindu tradition. Community members took part as well, sharing cannabis bowls amongst one another.
It is said that the gods sent hemp out of love for the human race so that they may attain delight, lose fear, and increase sexual desires

Do remember the burning bush from which Moses heard the voice of God? Many believe this was a burning cannabis plant from which he was divinely inspired to make anointing oil containing myrrh, cinnamon, and nearly ten pounds of cannabis (kaneh bosm).

In 1936, Polish etymologist Sula Benet proposed a new interpretation of the Old Testament Hebrew text. According to her, there is a mistranslation that occurred in the original Greek version of the Old Testament that mistook the Hebrew word for cannabis, kaneh bosm, as calamus, a plant traditionally used to make fragrances. If proven correct, this would basically change our understanding of the Old Testament. References to kaneh bosm are found in Isaiah, Exodus Jeremiah, Song of Songs , and Ezekial. In the book of Exodus, God commanded Moses to make a holy oil consisting of myrrh, sweet cinnamon, kaneh bosm, and cassia.

The Rastafarian movement focuses on Jah, or God, and involves the spiritual use of cannabis and rejection of materialism and oppression. Rastafarians’ use of marijuana was subject to scrutiny in the 20th century. Drawn-out legal proceedings culminated in the 1993 Religious Freedom and Restoration Act which states that the consumption of cannabis and other substances is legal under U.S. law for spiritual and religious purposes.

The ancient cultures of Scythia and Assyria were known to use cannabis incense for religious ceremonies. Herodotus, also known as the “Father of History,” wrote that the Scythians held religious ceremonies where they burned hemp plants in censers on wooden tripods in tent-like structures. Participants communally inhaled smoke vapors for ritualistic and euphoric purposes.
It is known, however, that Assyrians used cannabis incense to ward off evil spirits. It was commonly burned during funerary rituals and to cast out wicked spirits from children’s rooms.

The Oracle of Delphi was far from the only ancient magic practitioner to utilize marijuana in her craft: members of the Gaddi tribe of India’s Himachal Pradesh State smoked the resin of female [cannabis] plants, called sulpha, for the hallucinations it induced. Shamans and nobles from China to Russia have also been found buried with marijuana plants, denoting its sacred role.
It’s likely that the use of these herbs in a ritual context points back to ancient cults like the Oracle of Delphi, and are one of the clearest links to witchcraft’s primordial past.

John Levy is a professional blogger covering news and other topics related to health benefits of cannabis and related products. Currently, working for Pot Valet- a leading company to provide cannabis delivery service in Santa Barbara, John loves to share research oriented work with others. Follow his company on G+, Facebook and Twitter.