In order to understand Norse magic, it is essential to become familiar with Norse mythology and Norse paganism, the pre-Christian spiritual tradition of the Northern European peoples also referred to in Scandinavia as Heithni (Hay-thnee). 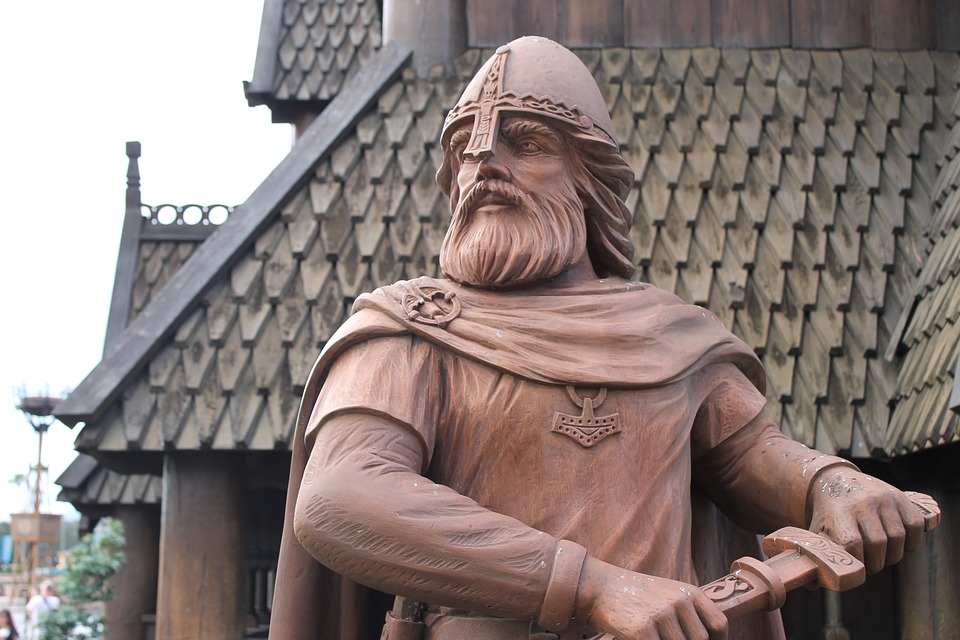 Norse mythology comes from what was orally transmitted in the form of poetry and our knowledge about it is mainly based on the Eddas and other medieval texts written down during and after Christianization. These texts consist of stories and beliefs that were held in common by Northern Germanic tribes.

Norse, Viking or Scandinavian mythology forms the foundation of the indigenous pre-Christian religion, beliefs and legends of the Scandinavian peoples.

The pre-Christian indigenous beliefs and religious ideas common amongst the Northern Germanic tribes can be referred to as Norse paganism. Hence, Norse paganism is a subset of Germanic paganism, which was practiced in the lands inhabited by the Germanic tribes across most of Northern and Central Europe until the end of the Viking Age.

A Völva was a wise woman, shaman, or priestess in Norse and Germanic paganism. Highly respected members of society, they cared for the spiritual and physical needs of their people by means of herbalism and prophecy. Some suggest that Völva became marginalized and persecuted with the advent of Christianity but they would live on in the north European concept of witch. They are a recurring motif in Norse mythology.

A völva practiced shamanism, sorcery, prophecy and other forms of indigenous magic. Historical and mythological depictions of völvas were held to possess such powers that even the father of the gods, Odin himself, consulted a völva for what the future had in store for the gods.

Early accounts describe them as aged women dressed in white who sacrificed the prisoners of war and sprinkled their blood. It was believed that this practice allowed them to prophesize the future.

Freya – Goddess of Sex and Magic

In Norse mythology, Freya is considered the patron goddess of love, beauty, sex, attraction, fertility, crops and birth, and the consummate symbol of sensuality. The most beautiful of the goddesses, she was also a goddess of war, death, magic, prophecies and wealth. She loves music, spring and flowers, and is particularly fond of the fairies. Freya is one of the foremost goddesses of the Vanir, Freya means “lady” in Old Norse.

In Norse myth, the Vanir are originally a group of wild nature and fertility gods and goddesses, the sworn enemies of the warrior gods of the Aesir. They were considered to be the bringers of health, youth, fertility, luck and wealth, and masters of magic. The Vanir live in Vanaheim.

She is the daughter of the god Njord, and the sister of Freyr. Later she married the mysterious god Od (probably another form of Odin), who disappeared. When she mourned for her lost husband, her tears changed into gold.

Freya is depicted as wearing a cloak (or skin) of bird feathers, which allows its wearer to change into a falcon, and a chariot pulled by two cats. She owns Hildesvini (“battle boar”) which is actually her human lover Ottar in disguise. Her chambermaid is Fulla. Freya lives in the beautiful palace Folkvang (“field of folk”), a place where love songs are always played, and her hall is Sessrumnir. She divides the slain warriors with Odin: one half goes to her palace, while the other half goes to Valhalla. Women also go to her hall.

Seidr is an old Norse term for sorcery or witchcraft that was practiced by pre-Christian Norsemen and women. Seidr involved the incantation of spells, galdrar (manipulative magic), and divination, predominantly by women practitioners (Völva). Some men also practiced seidr, but they were not held in high esteem for doing so as the women were.

Freya and other goddesses of Norse mythology were practitioners of seidr, as was Odin, who was taunted by Loki for doing so because it was considered unmanly. It was Freya who taught the art of seidr to Odin.

To learn more about Norse beliefs, check out our article on Rune magick.