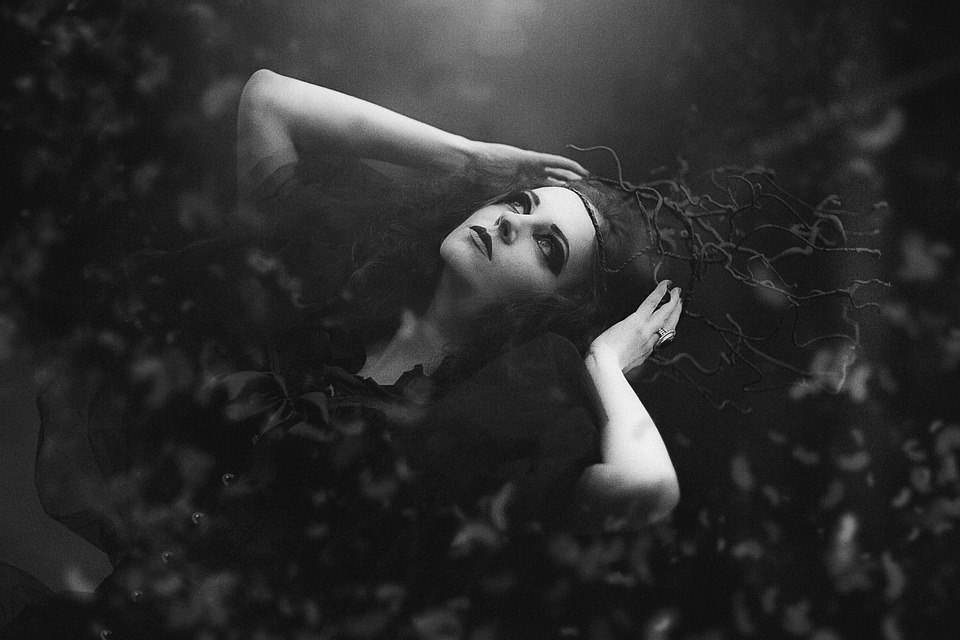 Witchcraft has been practiced all over the World, in one form or another, for thousands of years, but is witchcraft real? Deciding if something is real or not requires evidence and facts, but as Witchcraft is a religion nowadays, it could also be argued that belief itself is enough to make it real. I will outline the more common points of view and present some facts on this page.

I will also cover a little bit about Magic and Spells and whether there is actual magic being practised within Traditional Witchcraft and the more modern Neopagan varieties. There are a wide variety of spells we would love to be able to cast ourselves, from making someone love us to making obscene amounts of money, and anything in between. More on this subject after a brief history lesson.

Is Witchcraft Real? History is a Good Place to Start

Traditional Witchcraft reveres Nature and I shall use that as it’s core belief to uncover some history. Archeologists have discovered many paintings in ancient caves which clearly depict early man worshiping nature, more specifically the Sun, Moon or Earth. Some of these paintings date back as far as the Paleolithic area, 40,000 years ago. Does this mean that our ancestors were practicing witches? To us possibly, but to our ancestors they were merely following their own way of life and quite probably had no actual term for it.

Jumping forwards in time to the Roman period there is plenty of evidence that a large part of northern Europe worshiped nature. The followers of this time were Pagans, as were the early Romans, and they followed a whole host of differing practices. This is one thing that sets paganism and Witchcraft apart from most other religious belief systems. Even if two adjacent villages or clans worshiped the same thing that did not mean that their practices were the same, or even close, but there would be some fundamental common ground.

The Middle Ages is where the term Witchcraft became much more widely used and known. Naturally the practitioners of Witchcraft were not the ones that decided to draw so much attention to themselves, as they were more than happy to carry on using their various arts out of the main public eye. The average healer would have quite happily remained anonymous and continued to practice herbalism to help his or her village. Sadly outside forces would forever change the practice of Witchcraft.

The Catholic Church had grown into the major faith of the time and a variety of Popes had begun to target heresy from as early as the 12th century. The Inquisition was the primary way to dispense the will of the Catholic Church and it was initially not barbaric. By the time Pope John XXII formalized the persecution of witches in 1320 things were beginning to change. Witches became routinely burnt at the stake with a minimum of proof but this practice altered towards hanging after a few years. Estimates of the death toll range from 40,000 to 100,000 with 12,000 executions confirmed from witch trials in Europe alone. Needless to say the majority of people killed were not witches.

Witchcraft by necessity became an underground practice during these years and would remain so for centuries. In the late 1940’s to early 1950’s a new and more modern variation of Witchcraft came to the fore which was called Wicca Witchcraft. This combined many aspects of pagan Witchcraft that came before it and was a more open form of practice. Wicca was popularized by Gerald Gardner in 1954 in the British Isles. Since then Witchcraft has seen a renaissance with a growing number of both Traditional Pagan Witches and more modern Neopagan Witches spreading throughout the World. Most countries repealed any laws outlawing Witchcraft which has allowed the practice to flourish.

Who Believes in Witchcraft?

Naturally Witches believe in Witchcraft and always have which makes them a little biased, but there are plenty of other people that believe it to be real. The Catholic Church clearly is a believer or it would not have persecuted Witches during the Middle Ages as heretics. Judaism and Muslim faiths also believe in Witchcraft as there are several passages in their scriptures that prohibit its practices.

The majority of more modern religions have at one time or another targeted heresy or unbelievers and chose Sorcery as one part of their displeasure. Sorcery and Spirit worship are often linked to Witchcraft as are Satanic practices. This has led to Witchcraft receiving a very bad press at various times during its evolution. Witches say that Satan does not exist to them which would rule out Satanism if that is true. Spirits do play a part in some forms of Witchcraft which some would say is evidence enough of bad practices but Witches would contend otherwise. Ever been to a seance? Spirits are summoned during these rituals but these are accepted practices.

Other religions are the main believers in Witchcraft, outside of Witches themselves, and these religions have many tens of millions of followers. They believe Witchcraft is real, therefore it must be! Then again do we really want to believe another faith based belief system when it comes to what is real or not? Who is to say that their own religion is actually real, but if we are to believe in one then we must, by default, believe in them all.

Magic is the common term used for the casting of spells. Magic is drawn from nature which is all around us. Practitioners of magic know that we all have some form of magic power and with practice it can flourish and grow.

Most Witches will say that spells are not to be used to harm another persons physical or psychological state, nor your own state. Witchcraft is, therefore, not used to harm others as is a common misconception in many parts of the world. You could argue that just because a Witch says that they don’t use spells to harm others does not make it true.

There is a spell for just about anything you could imagine and if you believe in magic and spells, a fundamental cornerstone of Witchcraft, then they will work. Not all witches practice magic and spells but all Traditional witches do. More modern varieties of Witchcraft may or may not be practitioners of the magic arts. Some of the newer religious forms of Witchcraft make their spell books available but you will be very hard pressed to find anything written by a Traditional witch.

There are a few reasons why you will not find books of spells, known as Grimoires, on Traditional Witchcraft. The first is the fact that it is an old type of practice and until fairly recently in its history very few people could actually read or write. The practice of Witchcraft was forced underground during the Middle Ages which meant that most people who practiced Witchcraft did not write anything down as it could be used as evidence against them. Finally it is by nature a secretive order unlike the more modern Neopagan religion based practices. Traditional Witchcraft is taught more by word and action although some witches will write things down to aid in their own practice.