When it comes to creating abundance, there are a variety of methods at our disposal, such as prayer, magic spells and meditation. In this article we’re going to focus on a specific type of meditation, one that has been used for millennia in Eastern cultures, and has been slowly growing in popularity in the West: mantra meditation. 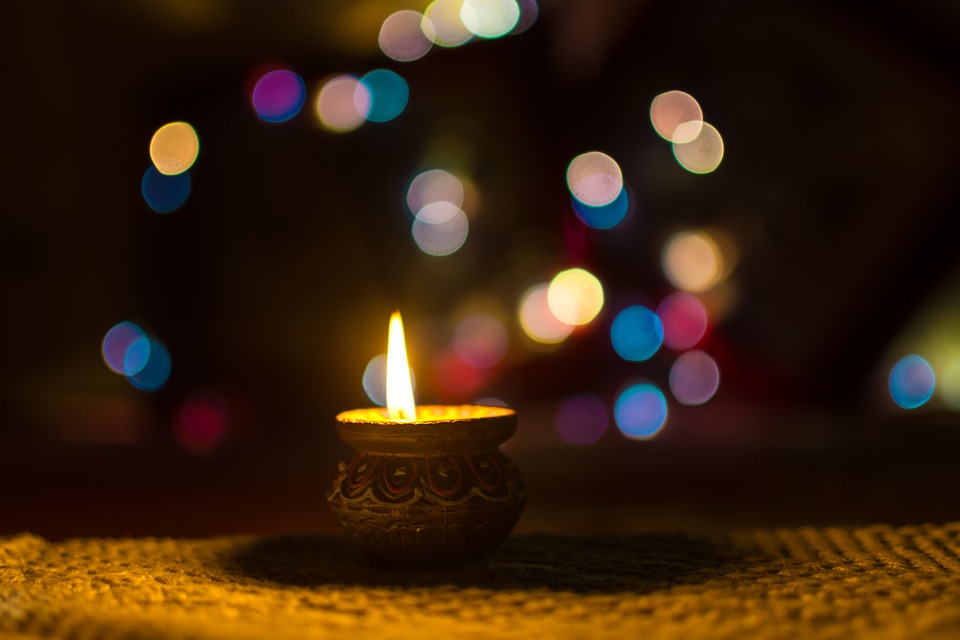 In general, this spiritual discipline consists of chanting a mantra – repeatedly reciting a series of mystical syllables – for the purpose of raising one’s spiritual awareness and creating within oneself a particular state of grace, such as peace or detachment. For something more material, like physical health or wealth, one would chant a mantra that is specific to the objective, whereby the chanting would help one achieve it as well as spiritual transformation.

I was introduced to mantras some years ago, and began to study and chant them to deepen my connection to the Divine. During the course of my study, I found that mantras could be chanted for the purpose of manifesting, so I began to include these types of mantras in my meditation practice as well. Since then, I have experienced the power and effectiveness of mantras in multiple ways, including in my relationships and finances.

So, if you are someone who could use an infusion of abundance – financial or otherwise – incorporating mantra as a daily practice can help bring it about.

What is Mantra Meditation?

The types of meditation being practised today span the spiritual spectrum, and many of them include the chanting of mantras as a meditative discipline to further one’s spiritual growth. The context and reasons for this depend on the tradition in which they occur, such as the use of mantras to assist one on the journey toward enlightenment in Tibetan Buddhism.

In the Vedic tradition, the teachings of which were incorporated into Hinduism, mantra meditation uses the power of sacred sound to effect positive change in ourselves, our lives, our communities, and even the world. According to Thomas Ashley-Farrand in his book, Mantra Meditation: Change Your Karma with the Power of Sacred Sound:

Repeating any sound produces an actual physical vibration. Nowhere is this idea truer than in Sanskrit mantra. When chanted out loud or silently, mantras create a single, powerful vibration that corresponds to both a specific spiritual energy frequency and also a state of consciousness in seed form.

“It is in their ability to fulfill desires and promote health and well-being that mantras will prove their value to you without persuasion from me or anyone else. Also, by helping you to solve some of life’s problems and difficulties, you will be simultaneously moving forward spiritually toward realization of your true divine nature. This is why any mantra practice — no matter the goal — will become a ‘can’t lose’ situation.

(The red symbol above is that of Om or Aum. It is said to be the primordial sound of the universe, and is the seed sound of the Ajna or Third Eye Chakra. As such, it is the first syllable in the majority of Sanskrit mantras. Om is also a mantra unto itself.)

How Do I Practice Mantras?

When it comes to the actual practice of mantra meditation, here are a few things to note:

Lakshmi is the goddess of abundance in Hindu mythology, and many Hindus and non-Hindus alike chant this mantra for financial prosperity.

(Translation: Om and salutations to Lakshmi, who provides great abundance.)

Note: If you are under 28 years of age, replace the “Swaha” with “Namaha” at the end of the mantra, because it will be more effective for you.

Thomas Ashley-Farrand states, “To produce abundance, the mantra should be practiced intensely for a minimum of forty days.” This means chanting the mantra at least 108 times every day for at least 40 consecutive days.