Sigils are the art of believing; my invention for making belief organic, ergo, true belief.
– Austin Osman Spare, The Book of Pleasure (Self-Love): The Psychology of Ecstasy. 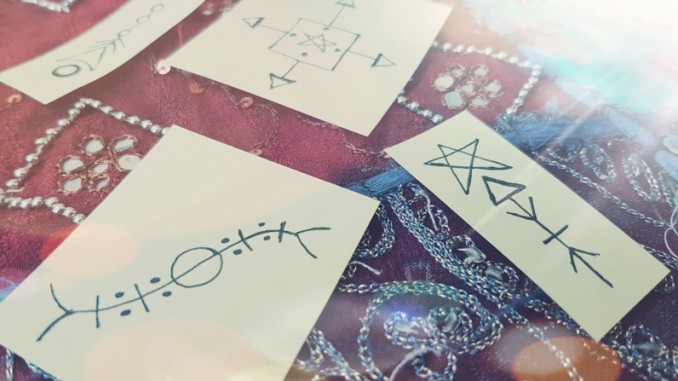 At its most basic definition, sigil magick is described as symbolic drawing. The word ‘sigil’ derives from the latin word ‘sigillum’ meaning seal. It is a drawing or symbol that has a special meaning behind it such as a mystical significance. In this article I will give a brief introduction to sigils, and tell you a simple method for incorporating sigil magick as part of your Wiccan practice.

The use of magick symbols goes back to the neolithic era. In medieval times sigil magick referred to occult signs representing spirits a magician may summon. In the late twentieth century Austin Osman Spare wrote The Book of Pleasure (Self Love): The Psychology of Ecstasy. In this book he discussed magick and the use of sigils. He is often associated as being the creator of the modern sigil. Whilst sigils were used before he wrote about them, he has been influential in their use and the method of creating them by combining letters.

In modern times sigils are used as a method of making your affirmation come into being. A sigil is charged with the will of its creator. You can translate something you want to happen in your life from words or thoughts into a symbol which is meaningful to you. This brings it from your imagination and a step closer to coming true. Some people see sigils as tools to focus your will, others see them as a way to access the secret world of the supernatural.

In the past sigils made use of traditional lore which was passed down through generations or by books. A modern user is more likely to create their own sigil.

Sigils are associated with a type of magick called chaos magick. Chaos magick practitioner’s believe that the world is built from your own perceptions and you can to some extent create your own world. Belief is treated as a tool for magic, and faith is placed in oneself rather than that of a spirit or god. Chaos magick is less complex and uses less tools than ceremonial magick.

Where can I get a Sigil?

Online you can find many people who sell sigils. They appeal to people who do not feel that they have any artistic merit to draw their own. Other people buy them as pieces of art and for their aesthetic properties rather than their spiritual. However if you are serious about your craft, in you are best to create your own sigil, regardless of drawing skill. This is because it is the intentions behind the sigil which are important, not how it looks.

Why should I use Sigil Magick?

Sigil magick is very accessible for beginners to Paganism. Learning how to create a sigil and charge it is quite simple and requires no complicated rituals. You don’t need any special tools to create a sigil, all you need is paper and a pen.

How to Create a Sigil

There are several ways of creating a sigil. Here I will explain the most common method of creating one.

1. Firstly find a quiet, interruption free time when you are ready to focus on this ritual.

2. Next come up with a positive goal or desire and write it down as an affirmation, it is good to start it with “My will.”

3. Once written down remove all duplicate letters by crossing them out.

4. Re-write the remaining letters into all capitals and arrange them in a circle. This will help you to start separating the letters from the original affirmation.

5. Now you want to stop thinking of what you have remaining as individual letters, think of them as individual symbols which you want to join as one. Take them and start sketching them into one symbol, which will be your sigil. Take your time and think of creating the sigil as part of the spiritual process.

6. To charge your sigil you can place it somewhere in your house where you will have it in view. Another method is to meditate whilst focusing on it. However the aim should be not to dwell on the meaning behind it, just concentrate on the abstract symbol your affirmation has become.

Another method of creating a sigil is by using a magick square. Magick squares have been used in practice for thousands of years. In the past names of spirits were converted to numbers which were located on a magick square. Now Wiccan’s use locations connected by lines to form an abstract figure which is your sigil. You can research online or in books ways of using magick squares to create a sigil.

I hope this has given you a brief understanding of sigils and how they can be used to enhance your magick practice. 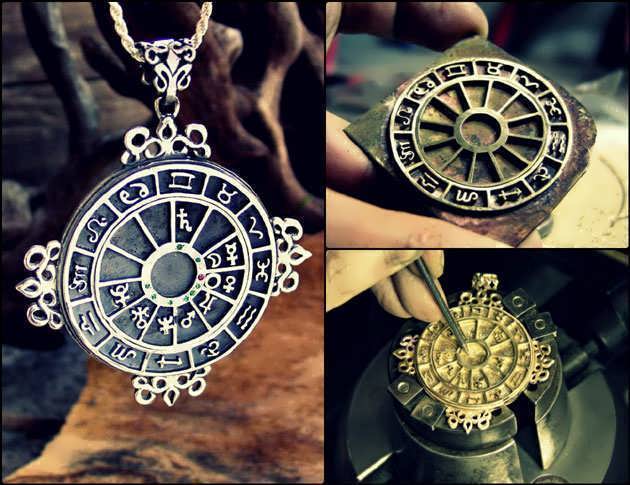 Personalized Talismans
Made according to your birth chart