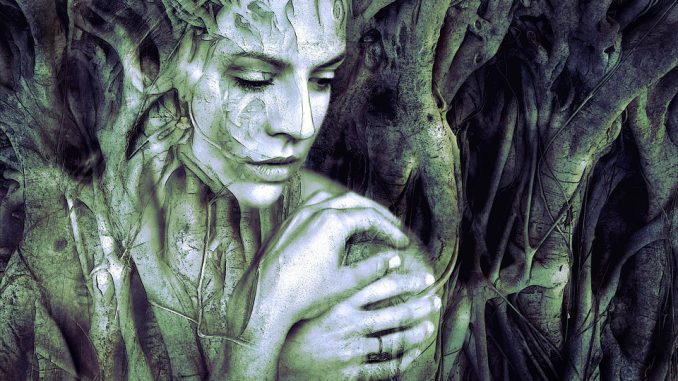 Forget the cackling old woman, riding around the night-sky on her broomstick and making smelly love-potions in her kitchen. This is the image of a witch that you may have read about in children’s books or seen portrayed by media.

Truth is, there are hundreds of thousands of witchcraft followers around the globe today, from all walks of life. Naturally, this diversity has resulted in different types of witches (none of them riding a broomstick). Here are 15 of the most common types of witches in Wicca and neopagan religions:

Back in the 1960s, a chap named Alex Sanders and his wife Maxine funded a movement that’s now recognized as ‘Alexandrian Wicca.’ It is very much based on the Gardnerian Wicca practices, but it incorporates elements of ceremonial magic and Qabalah, too. Like most Wiccans, Alexandrian witches emphasize gender polarity. There are three levels of witchcraft, following an initiation, that an Alexandrian Witch can attain.

The Roman term ‘augurs’ stands for someone whose task is to find out whether the gods approve of a particular course of action taken by an individual. These witches can find this out by interpreting sacred signs and omens that the individual has encountered on their spiritual journey. An Augury Witch can thus check whether the traveller is on the ‘right path.’ It’s important to distinguish an Augury Witch from a Witch who performs divination and tells prophecies – an Augury Witch is an interpreter between the mysterious cosmic forces and a person on a spiritual quest.

Like the name suggests, Ceremonial Witches hold ceremonies and rituals in high esteem. They’re likely to get their practices from a book, and follow a ritual or a ceremony to the letter when executing it. They might have a Book of Shadows always handy, and they might also draw on their knowledge of more scientific approaches, such as sacred mathematics and quantum mysticism. They’re also likely to call upon archetypal figures and recognized spiritual entities that represent the kind of energy they wish to manifest.

The most feminist of all Wiccan movements, the Cult of Diana focuses primarily on the worship of the Goddess. Dianic witches usually worship her through all three of her aspects – Maiden, Mother and Crone. Thus, a Dianic Witch is always a woman (sorry, fellas!). There is an offshoot of Dianic Wicca called ‘Arcadian Wicca’ that came about in the 1950s and allows men to attain equal status as women, recognizing the divine masculine, along with the feminine.

Historically, we don’t know much about Druids, as not many written documents about them have survived, except for a few sources, such as Julius Caesar’s diary of ‘The Gallic Wars’. He described Druidry as a somewhat organized religion, with their own rites and rituals, and a priestly class who acted as guardians of ancient laws and could execute judgement over others. Neo-druids take most of their practices from sources stemming back to the Romanticism Movement of the 18th century. These Druids do not follow any sacred text or dogma, but they have a spiritual vision of life. They believe that another world exists that we’re not always able to perceive. Many Druids worship nature, engage in prayer, meditation and ceremonies that mark important passages in nature.

Eclectic witches don’t follow a certain religion or practice. Instead, they tune into their own intuition (or some like to call it their Higher Self) and engage in practices that work for them alone. They might have certain rites or ceremonies that they observe, derived from their own study of numerous schools of thought and witchcraft. However, these practices are largely their own creation and used for their purposes alone.

Somewhat similar to the Eclectic Witch, a Faery Witch also has her own practices and ceremonies that she observes. However, by observing these, a Faery Witch tends to seek out communication with the faery folk and nature spirits. However, there is no organized practice of Faery Witches, so many of their approaches are individual.

A Gardnerian Witch follows the practices of Gardnerian Wicca that emerged in the 1950s, thanks to Gerald Gardner whom many consider as the ‘father of Wicca’. Since then, the practice has spread throughout the world. Many witches who practice Gardnerian Wicca promote strong feelings for nature, engage in colourful rituals and challenge religious and societal conventions. You can only become a Gardnerian Witch by initiation – you cannot initiate yourself. To progress through the various degrees in the movement, you must go through a structured system where you gradually learn more and more about witchcraft.

A Green Witch predominantly communicates with Mother Earth and works with Her energies. She most often uses natural items and places (such as sacred oak tree groves or lakes) in her rites and rituals. She does this, so that she can be closer to the Divine spirit that she can sense most strongly in nature. A Green Witch usually makes her own materials for ritual practice, and there are two distinct types of Green Witches – a Flora Witch (who uses mostly flowers and floral materials in her practice) and a Herbal Witch (who uses predominantly herbs and other types of plants).

Most often symbolized by a type of bird (a goose or a raven), the Hedge Witch has the ability to venture into the Otherworld and communicate with the spirit realm. Thus, the Hedge Witch is recognized as a powerful healers or midwife. She specializes in deliverance of spiritual messages into our physical reality and vice versa. It’s a very much Earth-based practice of spirituality. But what does ‘hedge’ have to do with it? In the past, a ‘hedge’ would mark a boundary of a village or settlement, and thus represents the boundary between our physical reality and the spirit world.

You can only be a Hereditary Witch if you are born into a family where the members practice witchcraft, and have passed the practice down from generation to generation. Of course, if you’re born into such a family, you still have the freedom of choice. You can only become a Hereditary Witch if you consciously accept the practice – no one can force it on you.

A Kitchen Witch may not be what first springs to your mind. She’s not confined to the kitchen, where she cooks potions and brews magical stews. She uses practical tools to engage in rituals, ceremonies and magick. A Kitchen Witch enjoys making her home and surroundings a sacred place, making practical and mundane everyday tasks sacred. In this sense, the practices of a Kitchen Witch are somewhat similar to the practices of mindfulness.

While a Secular Witch may use tools such as crystals, herbs and stones in her practices, she does not recognize them as divine or spiritual. A Secular Witch does believe that the materials she uses and the energies that she connects with come from the natural world and the Earth, but she doesn’t necessarily worship any deities or spirits.

A Shaman is someone who can reach altered states of consciousness by engaging in certain shamanistic practices. When a Shaman enters a trance state, they have access to the spirit realm, and they can communicate with and sometimes even influence both benevolent and malevolent spirits. They can channel their messages, as well as performing divination and healing.

As the name suggests, a Solitary Witch does not belong to a set practice, group or organization. Legend has it that these witches have practiced their craft over many lifetimes, and upon reaching puberty their knowledge is re-awakened. They begin to remember their craft and therefore don’t need the help of a group or organization to perform their magick rites.