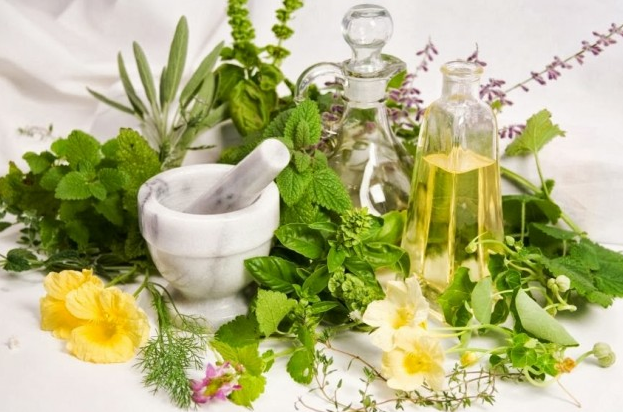 Until fairly recently, in Irish and Scottish Celtic herblore it was believed that sickness and disease were caused by the fairies. A remedy could only be given by a ‘fairy doctor’, a person gifted with some natural skill in combating fairy magic. The most common herbs used in Celtic fairy medicine were vervain, eyebright and yarrow, over which secret words would be uttered and a ritual performed.

A potion made of herbs by a fairy doctor must be paid for in silver. However, a charm is never paid for; a gift may be given instead. Herbs had to be gathered in a special manner, at the correct phase of the moon, while reciting incantations. Herbs found by the side of sacred streams were particularly effective, and used to cure wounds, bruises and so on.

Herblore according to Celtic tradition

YARROW: A sacred herb and a very potent healer, it intensifies the medicinal action of other herbs taken with it. Helps eliminate toxins (good for colds).It was most useful in its ability to staunch blood flow. Also associated with weather divination.

PLANTAIN: (“slanlus” – herb of health) a very common remedy, used for many ills. Antiseptic; expectorant. If hung around the neck of a child, would prevent abduction by the sidhe.

TANSY: boiled, good for the heart. As a compress for bruises and strains.

CHAMOMILE: (“athair talamh” – father of the ground) One of the finest healing herbs, has been used for centuries. Good for stomach disorders, anti-inflammatory for wounds, sedative for nervous disorders.

DANDELION: (“garbh lus” – rough herb) used for many ills, especially good for the heart, for hypertension, also a good diuretic.

WOOD ANEMONE: (“bainne bo bliatain”) put leaves in a poultice on the head for headaches.

TRAILING PEARLWORT (“mothan”) very effective as a protective herb when carried on the person. When placed below the right knee of a woman in labour, it brought relief. Given to a cow to eat, it protected both the milk and the calf. When placed above the door lintel, prevented the fairy host from ‘spiriting away’ any member of the household. Also used by women as a love charm – pluck nine roots, knot into a ring, and place in the mouth. Then seek a kiss from the man you desire.

PURPLE ORCHIS: A magical plant (“lus an Talaidh” – herb of enticement). Used in love charms. It has two roots, one larger than the other, representing a man and a woman. The plant is to be pulled by the roots before sunrise, facing South. Whichever root is used is to be immediately placed in spring water; if it sinks the person in question will be the future husband or wife. The root can also be ground up and placed under the pillow to bring dreams of your future partner.

ROWAN: Tree of high magic, from which potent charms are procured. Normally planted at the door of the house for protection. Also twigs placed over the byre door. Necklaces of rowan berries with red thread worn for protection by Highland women.

ELDER: Another highly protective tree, beloved of the Sidhe. It is extremely unlucky to cut down or harm an elder (bourtree). The green sap of the bark applied to the eyelids gives the “Second Sight”. Elder is also often planted outside the house for protection. Elder is the medicine chest of the country folk. Elder flower water used for eye and skin complaints, burns, bruises and sprains; as an infusion both flowers and berries are used in cold remedies.

HAZEL: Used in the sacred need fires at Beltaine. Also used in water divination. Hazel nuts associated with wisdom of the Otherworld. Children were given ‘the milk of the nut’ to make them strong.

APPLES: The fruit of life of the Sidhe, and passport to the Otherworld. Apples and hazelnuts used in divination rites at Samhain.

JUNIPER: Berries have protective properties. Burnt by Highlanders in the house and byre at New Year for purification.

IVY: Used for the protection of flocks, of milk and milk products. Ivy, woodbine and rowan woven together in a wreath and placed under the milk vessels. Other “magic hoops” consisted of milkwort, butterwort, dandelion, marigold; or trefoil, vervain, St. John’s wort, dill.

Where to buy Herbs

Many herbs can be found in your local grocery store. For those that you can’t easily get hold of, World of Witchery sells a wide selection of herbs in handy 1oz packets.

Certain trees in particular places are said to be under the care and protection of the Sidhe. A lone thorn bush growing in an uncultivated field is often such a tree, especially if it is growing on a sharp hill slope. Hawthorn is the favourite, but other important fairy trees are: hazel, blackthorn, elder, rowan, willow, also alder and ash. The site of each tree is important to the Sidhe. It must be growing within the banks of a rath (fort), inside a fairy ring, or in a rocky field of rough grass, especially if growing near to a large boulder or a spring.

The sidhe will protect their special trees. If someone harms or disturbs the tree, they will suffer, often by becoming ill. If three thorn trees grow close together, it is dangerous to get involved with them. It is considered unlucky to bring hawthorn into the house.

1 Comment on Herbs and Their Uses in Celtic Magick Lore